It's been seriously a long time since my last update, but to tell you the truth it's been a long time since I've been wearing real clothes.
Last Monday I turned in my papers after a weekend with more or less no sleep. Approximately four hours later I crashed and was sick for more than a week. When I was done being sick, I had to catch up with the world so posting blogs wasn't possible.
I'll try to sum up the past week and just show the dresses to you in some kind of order. 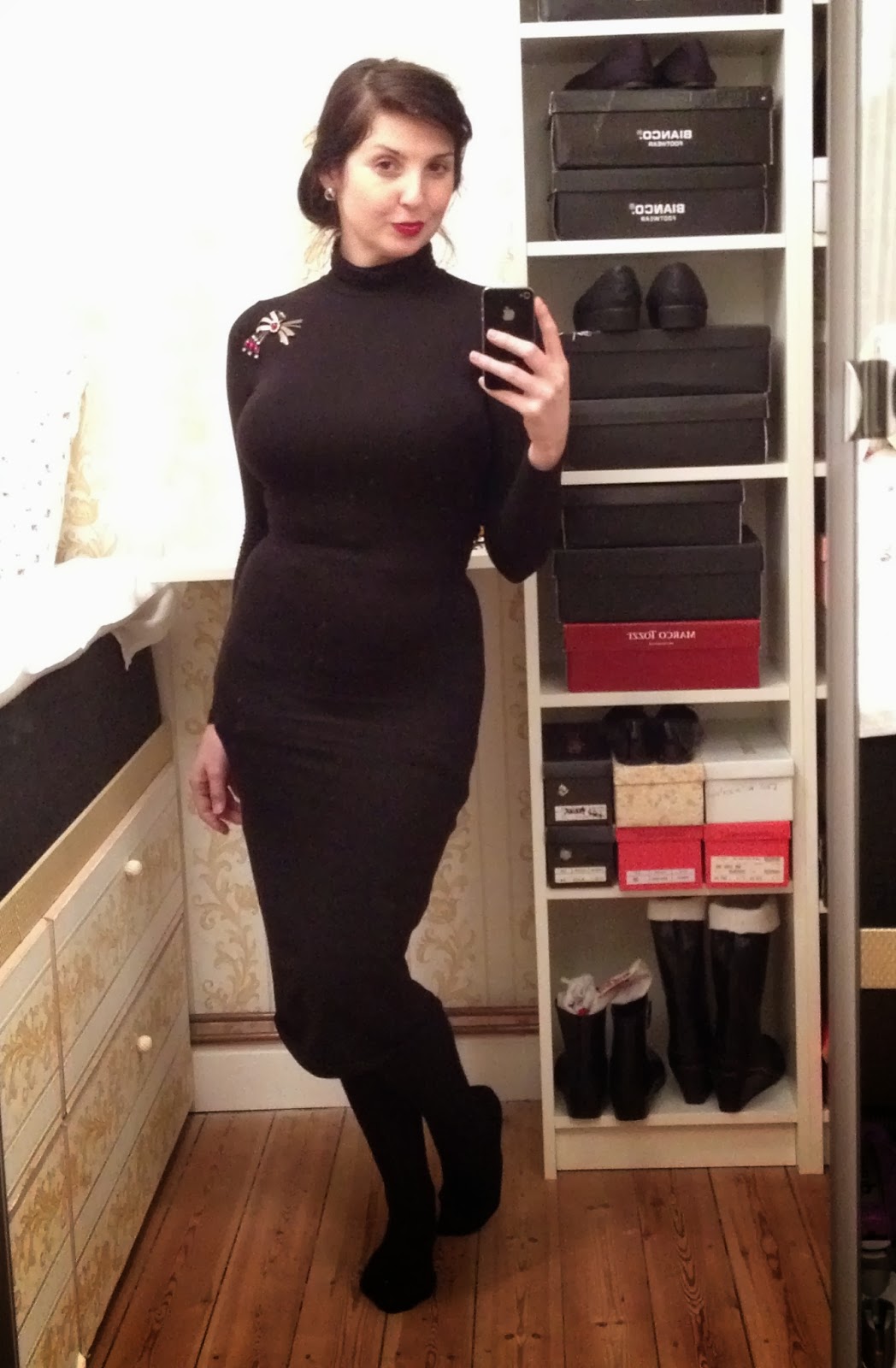 Monday: This black dress is from ASOS, and I've got a couple of them in the same style. This is one of those pieces of clothes I love to wear as often as possible, cause it's sexy, and casual at the same time. Plus it is so very comfortable. 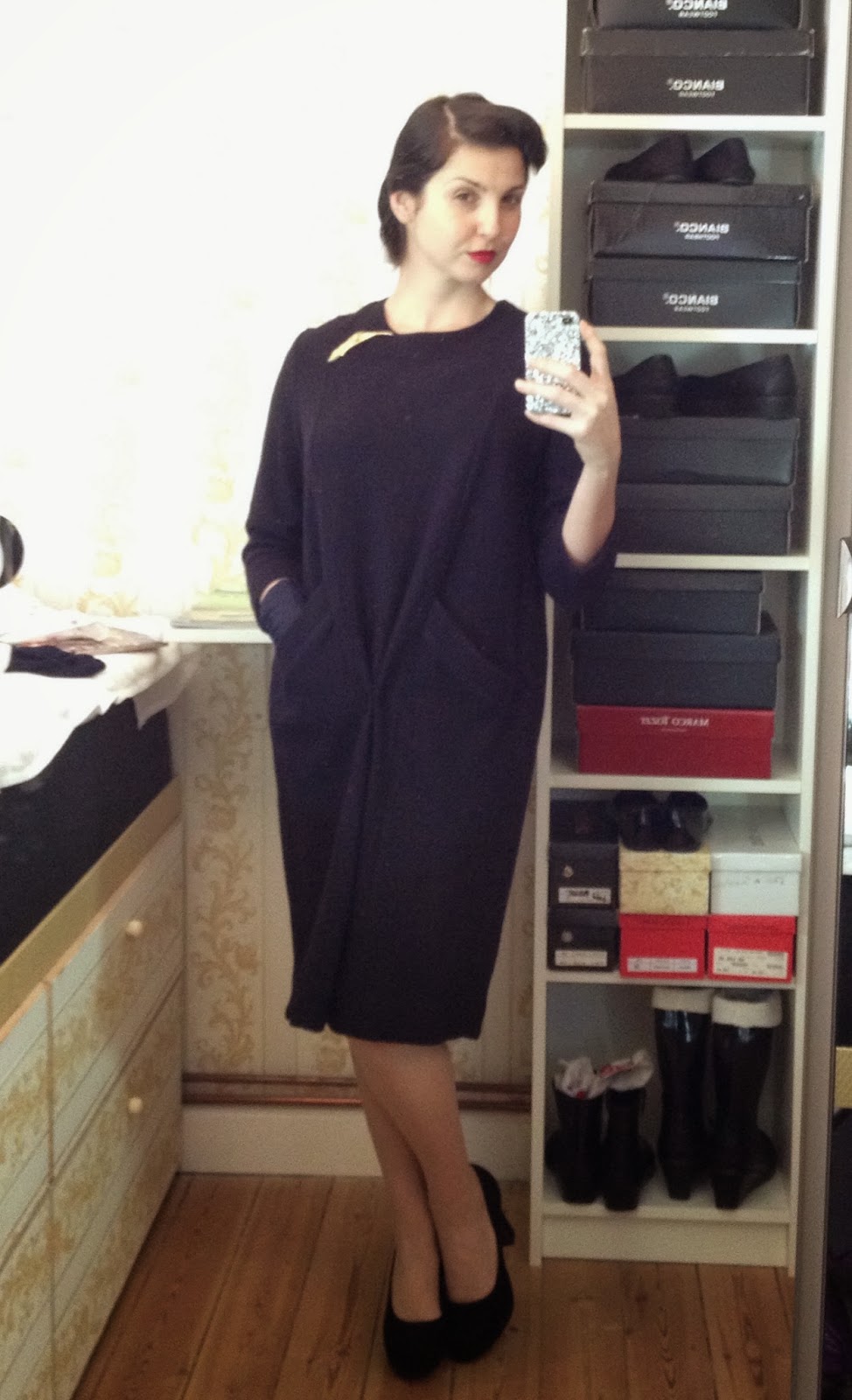 Wednesday: This one I bought in COS some years ago. But I sew it together in the front to give it more of a sack-dress look. I like the simplicity of this dress, and the fact that it is wool, and so darn warm. 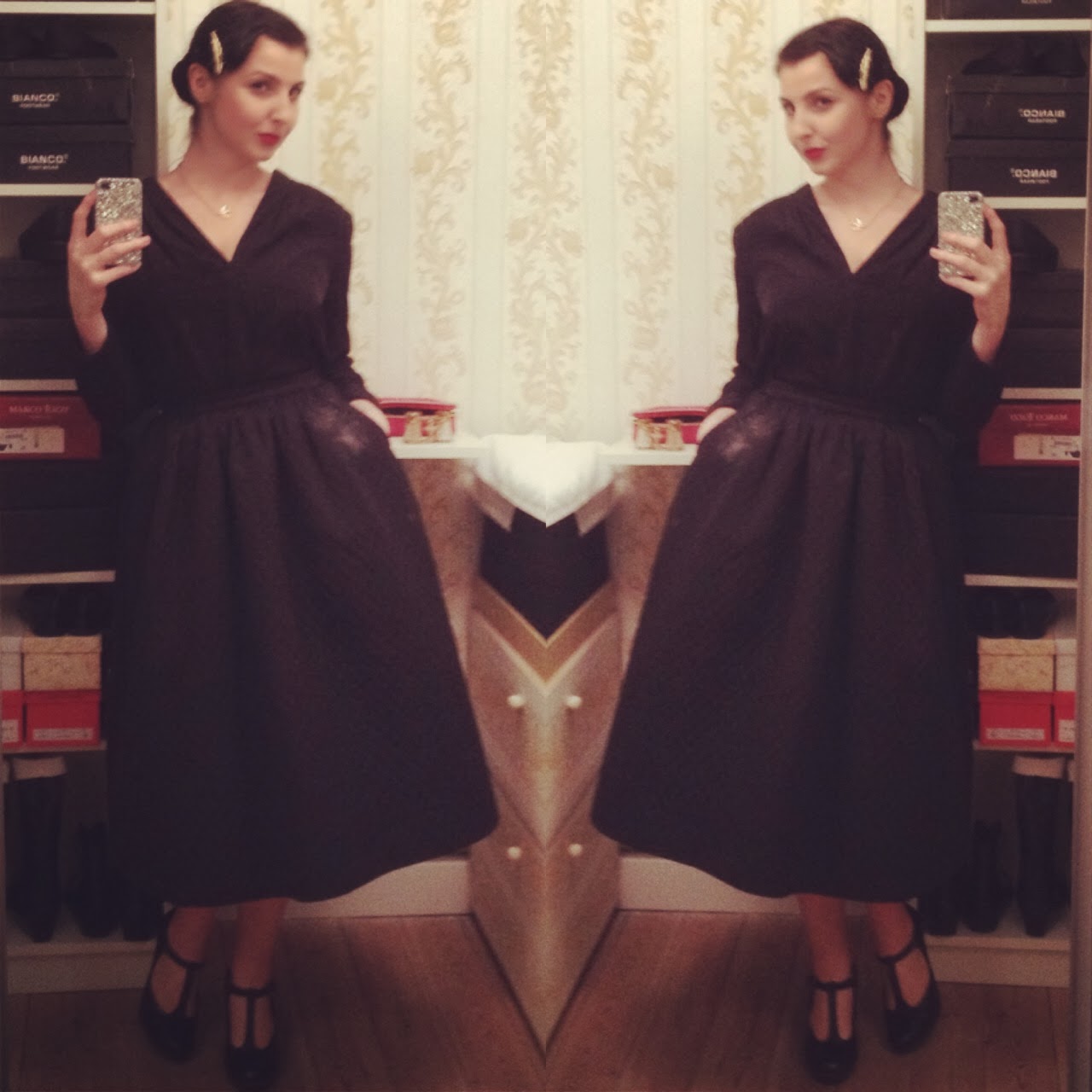 Thursday night I had the pleasure of visiting the the Royal Ballet Theatre in Copenhagen and watch the Mariinskij Group perform the Swan Lake. And what a performance it was!
For the first time since the New Years Eve I had a chance to dress up, and dress up was exactly what i did. I didn't want to go glamour overload, so I found something in the middle. A black silk shirt and a heavy woven skirt that actually is from h&m. 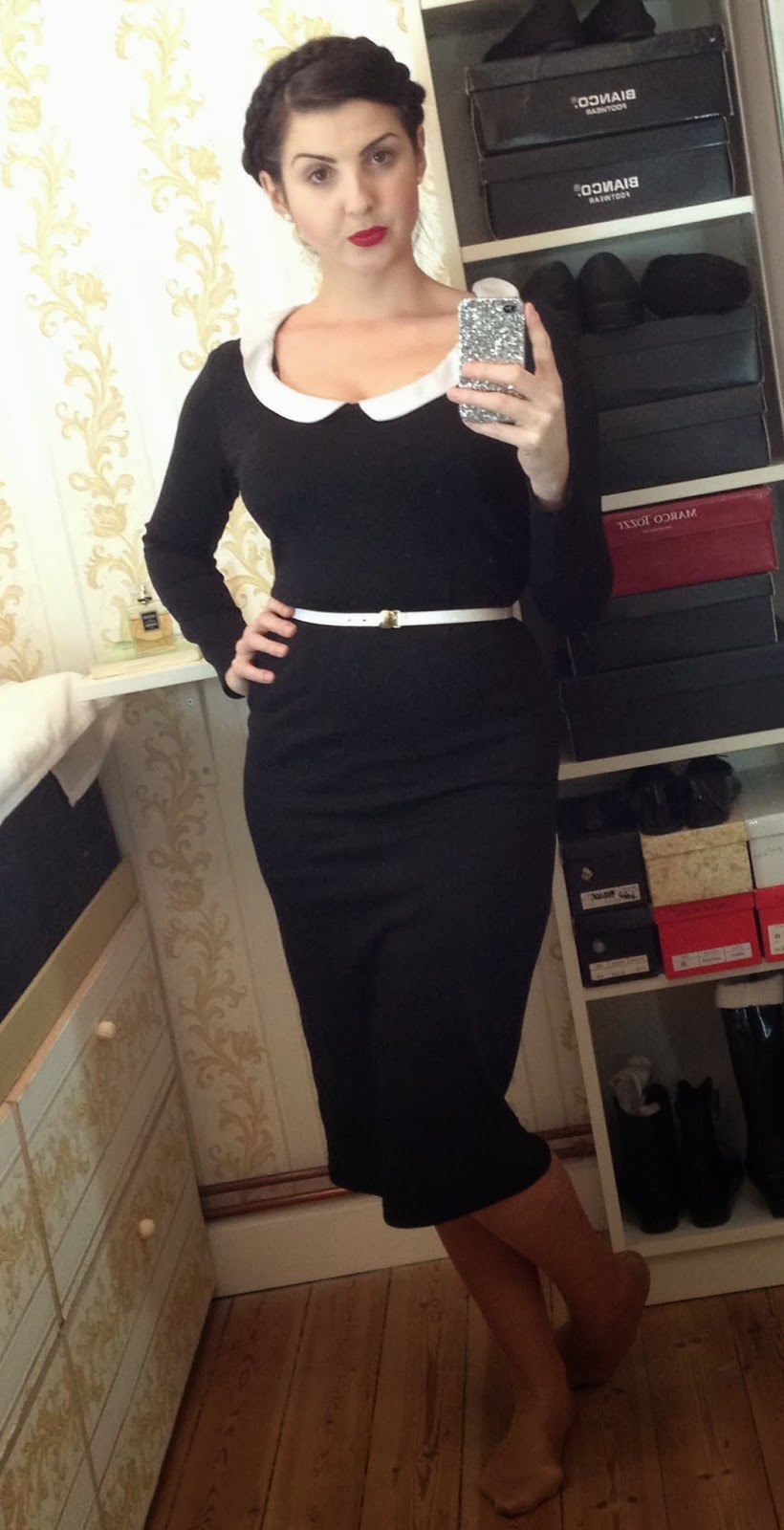 Friday: I had a date with my old boss Henrik List whom I used to work for as a PA some years ago. He is this cool, politically incorrect, author that is very much inspired by the writers from the beat-generation and is probably the only danish journalist and writer that can get close to the genre of Gonzo Journalism.
Basically after I stopped working for him, we continued our relationship as friends (who wouldn't?) and for the first time in ages we met up yesterday to catch up and share old-time stories.
So I baked him cup cakes, and chose a dress that would suit his perfectly corrupted mind and taste.
He used to be a rockabilly back in the days - apparently a time where rockabillies had to be tough and rough and got in street fights side by side with Hells Angels. He still has a love for the styles of 1950s and 1960s and the curves of that era.
So to honor him, I chose something tight, simple, and sexy and "Mad Men" inspired, with just the perfect pinch of a vulgar décolletage.
Posted by Erna at 15:26 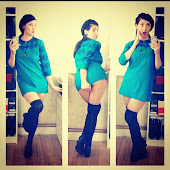